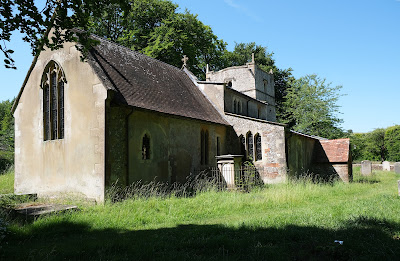 St Michael's church, Tidcombe
For today's walk we drove to Tidcombe in Wiltshire, a village located a few miles off the A338. The village has the rare distinction of being a dead end.
We started from the church (14th century with Victorian restorations). From the churchyard there was a fine view of the mid-18th century Manor House. 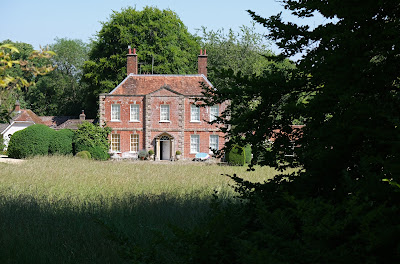 We turned right down the road and left to descend across fields and then climb to a wonderful view point looking towards the north west.

We continued ahead to cross the Chute Causeway, which we have encountered on other recent walks: Chute Causeway and Coldridge Wood and The Chutes. We continued along a track which offered lovely views initially to the left (see below) and later to the right. 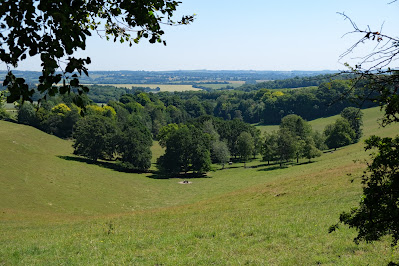 At the junction between our path and a crossing track we turned right and headed downhill to reach Hippenscombe Farm. We now followed the wonderful winding valley known as Hippenscombe Bottom, which we had noticed on our walk along part of the Chute Causeway.  This is the view from near the start ... 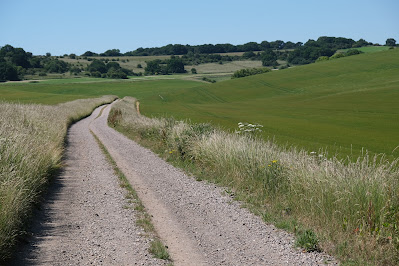 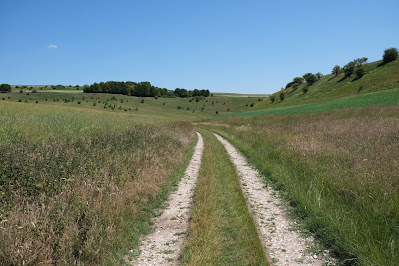 We did hit a problem at around this point. The walk book described reaching a gate after 2.7 km. We found two gates in quick succession, but neither seemed to totally match the instructions (we later realised we hadn't gone quite far enough). We left the track however and headed through a bit of woodland to reach Chute Causeway - but not quite where we were supposed to be. At least we were now sure of exactly where we were!
We decided to return to the start along the Causeway (rather than crossing fields), passing a thatched cottage and sundry other buildings at Scots Poor. 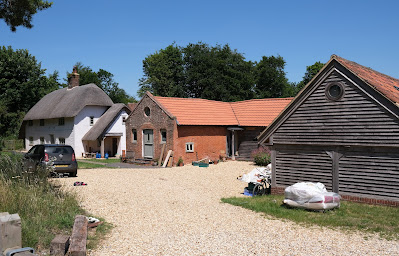 We reached the point above Tidcombe where we had crossed the Causeway on the way out and turned left retracing our initial steps. I took another picture of the view, this time a little more to the west, which made the Wilton Windmill visible (it is the white X just below the horizon), the Crofton Pumping Station off to the left. 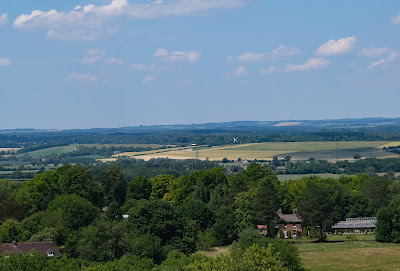