Gourdon and the Plateau of Cavillore 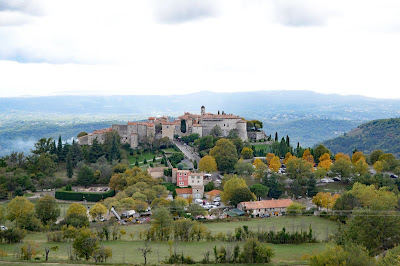 On the second day of our brief visit to Grasse we have found a lovely walk from the edge of Gourdon, a very pretty hilltop village 760m above sea level. The panorama from Gourodn etends from Nice to Théoule and under the right conditions it is possible to see Corsica. Gourdon has been rated as one of the Most Beautiful Villages in France.

The walk starts at a car park at the edge of the village. You follow the road which leads to Caussols and soon take a right which leads to a tarmaced road which winds through an area of scattered houses. You take a right and begin to climb. The path soon becomes quite rocky, but before long gives you a good view of Gourdon (see above).

As we climbed higher along a switchback path, the sun came out and provided a second view of the village from a higher position and with the sun on the houses. 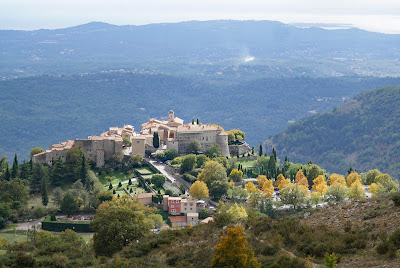 As we left the village behind, I was struck by what seemed to be a newly planted wood. 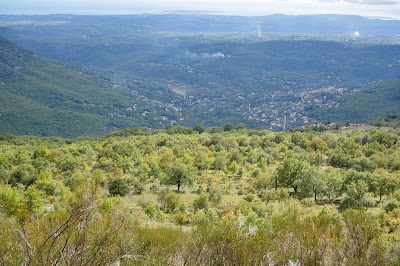 We climbed steadily until we were under a rocky massive, with a lone hang-glider cruising around on the thermals. 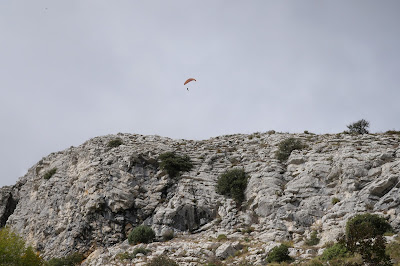 A narrow path through the rocks brought us to the Plateau of Colliore. This was the view back. 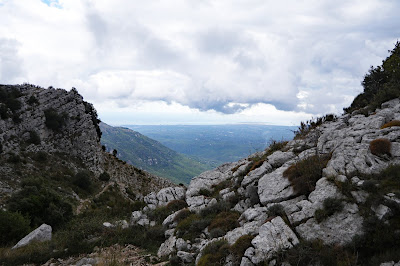 Ahead there was a wild stony area which looked rather barren and uninviting, not least because the clouds were thickening and the temperature dropping. 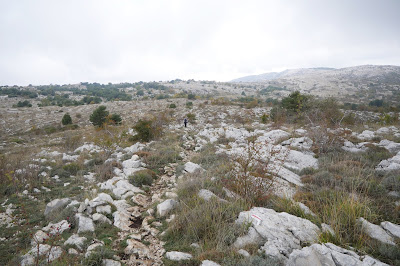 We trudged across the plateau and were not sorry to quite quickly reach one of the spectacular signposts that France specialises in and to turn left towards the edge of the plateau again. 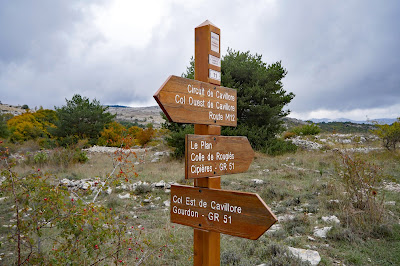 The route down from the plateau was easier than the way up, but there was still a zig-zag path to negotiate. 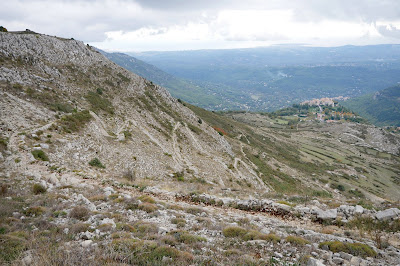 At the bottom, we crossed the road and followed a track which led us past the Chapel of St Vincent. 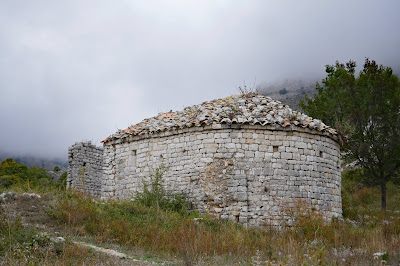 Not long after this we rejoined the Caussols road and followed it past the car park to the village. There is in truth not a lot to it. Behind the 12th century church of St Vincent there is a great belvedere ... 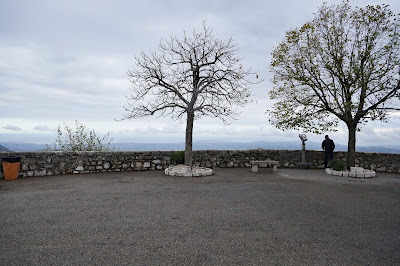 ... with lovely views over the valley below. 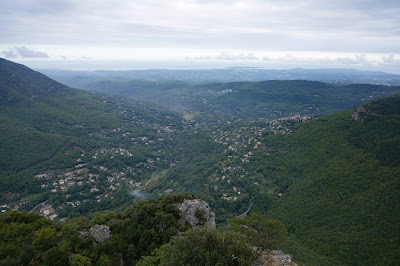 Otherwise the picturesque streets twist and turn, filled with tourist shops – but not many tourists at this time of year. We quite liked this cast iron statue of Medusa on the corner of the church. 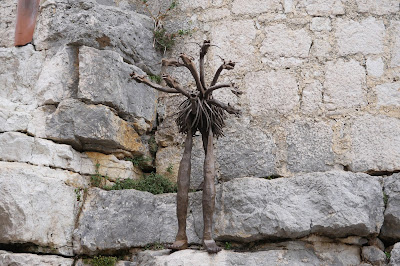 Source: RandOxygene Guide for the coastal area (Pays cotier) of the Department of the Alpes Maritimes. Free from the Tourist Office in Grasse. Two other guides are available for other parts of the Department.