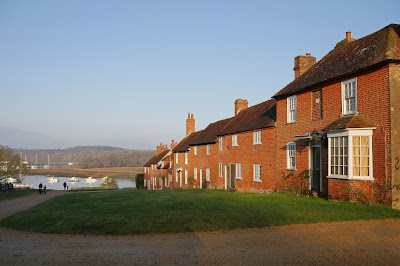 We resume the Solent Way at Buckler's Hard, a very picturesque 18th century shipbuilding village. It now mainly consists of two rows of buildings facing each other across a wide expanse of grass, with a footpath down the middle. We walk down and turn left at the waterside - the Beaulieu River.

We follow the bank for a while and then the path diverges from the bank and goes through woodland. The sun through the pine trees is quite atmospheric. Later the path continues across open land. 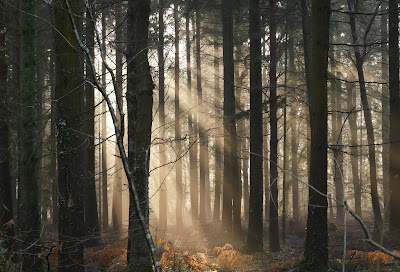 On reaching Beaulieu we skirted the Abbey Ruins and  Place House, having already explored this on a visit in 2016. The gatehouse remained worthy of a picture though, with Place House in the background. 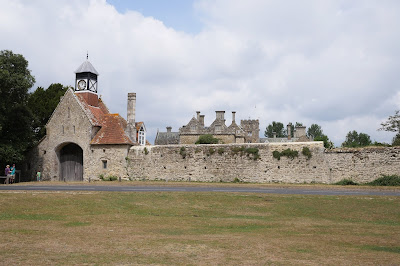 Looking in the opposite direction, there is what looks like a lake, but is in fact the dammed end of the Beaulieu River. 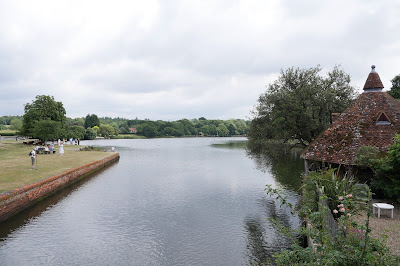 Now we followed the road towards Hythe. It was quite busy and not very rewarding. It brought us to Beaulieu Heath, a part of the the New Forest. Our first view of the Heath was not too inspiring: some of the traditional horses and beyond them the massive Fawleu Oil Refinery. 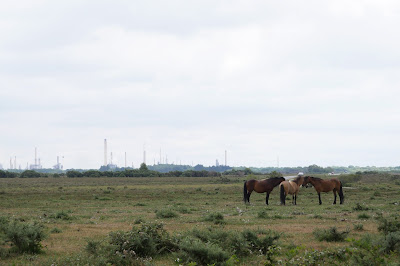 We continued to follow the line of the road (B3054) but now we could walk on heathland beside the road's edge, rather than right on it. One excellent discovery was the first Gatekeeper butterflies of the year. This one had especially clear double white spots (which distinguish it from other brown and orange species) in its "eyes". 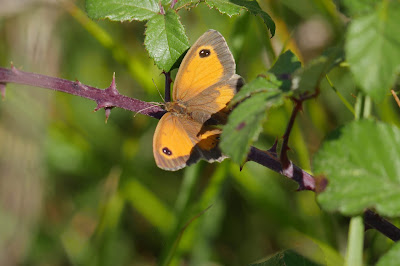 The heath was quite agreeable to walk on with a few other butterflies and some flowers - we were of course at the eastern extremes of the New Forest, so perhaps this wasn't one of the best bits.

Where the road joined the Hythe By Pass, our route turned sharply south east, still within the New Forest, with Fawley Enclosure on our right. After a mile or so, we left the forest and crossed the By Pass to soon find a wonderful path which initially passed various works but soon, much to our surprise, became a woodland track. The oil refineries were still there but were at least hidden by the trees.

We passed a nice looking pub and crossed the railway to emerge on the side of Southampton Water. As the picture shows, we were some way from the water's edge. 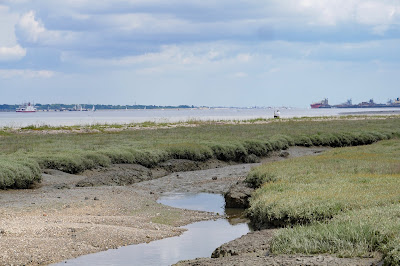 We were now on the outskirts of Hythe, but the first thing we noticed was Netley Castle on the far side of the Water. It looked most imposing. It seems to be privately owned, but we will be interested to see something of it when we pass by on the next leg of the Solent Way. There also seem to be the ruins of Netley Abbey behind it. 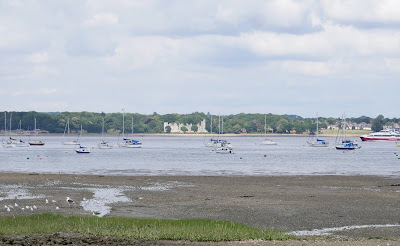 We saw this wonderful hotel we we came into the town. 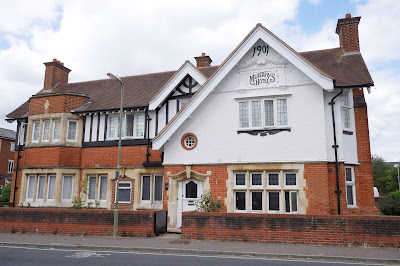 Hythe's main claim to fame seems to be its astonishingly long ferry jetty which stretches 700 yards into Southampton Water. 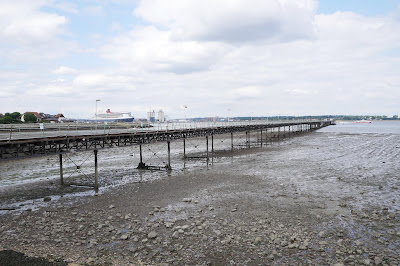 A tram service runs along the pier, although there is also a walkway. The carriages look suitably old-fashioned. 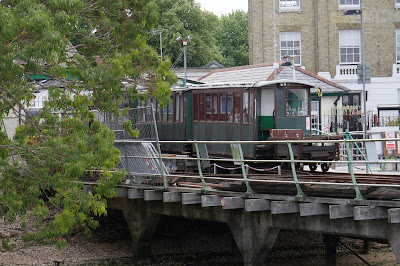 To complete the walk we returned to where we had parked the car near St John's church, with the adjoining St Anne's tacked onto it. It made rather an interesting ensemble. 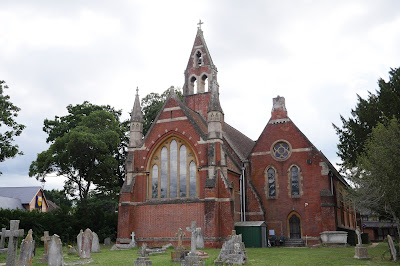