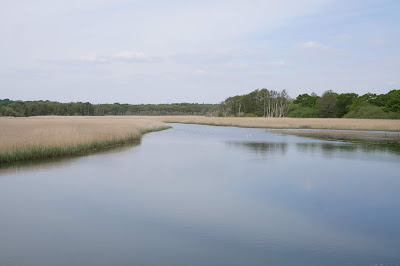 We set our from Lymington Town station and walked up to and across the bridge across the Lymington River, which even a short way from the Solent is largely full of reeds (in fact it forms the Lymington Reed Beds Nature Reserve). On the bridge we were amused by a sign saying "Otters crossing. Drive slowly" - sadly we didn't see any.

We turned right on the far side and soon left along a track which led, surprisingly, to this monument - to Admiral Sir Harry Burrard-Neale, MP who died in 1840 after a distinguished career. 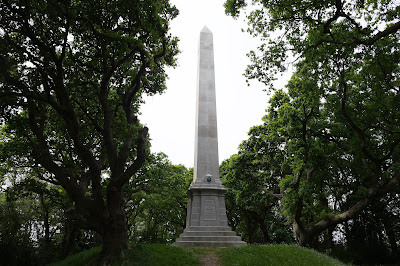 We turned right and then left to head eastwards along a track through woods. When these thinned out we had our first view of the Solent, still somewhat distant. 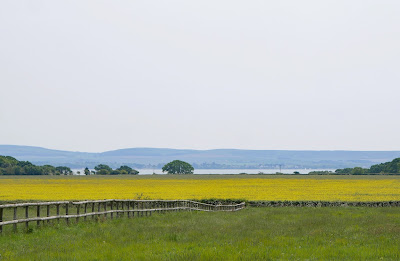 We emerged onto a road and passed an entrance (not, I think, the main entrance) to Pylewell Park, a 17th century Manor House. 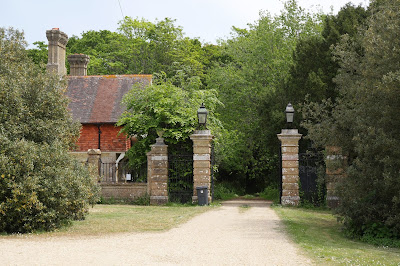 We followed the road a bit further and then turned left to enter the Park along a track, still heading east. Initially we followed  field-edge path, but eventually an open area gave us a glimpse of the house. 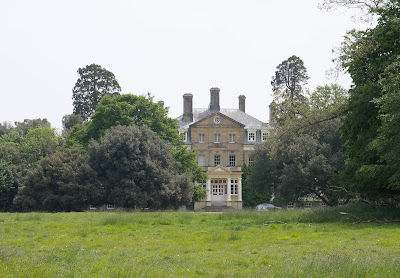 Beyond this we passed the cricket ground and then a pleasant fishing lake. 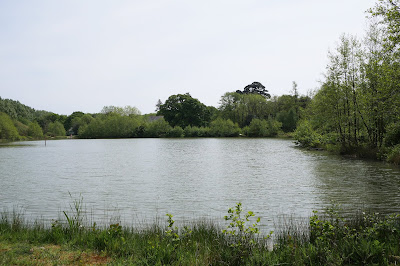 We left the Park along a lane and then followed a path across fields, with a further distant view of the Solent to the right. 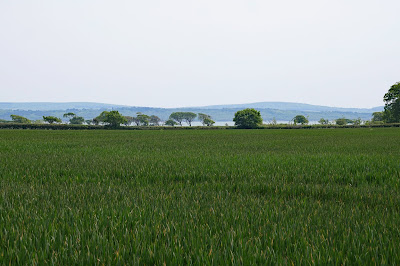 Soon after, we joined the long Sowley Lane, passing the extensive Sowley Lake.  Rather to our surprise, we then completed the walk wholly on minor roads. We gradually realised that much, or possibly all of, the land belonged to the Sowley Estate and there were no rights of way over it. Still, the roads were flat, quiet and well-maintained, so it wasn't too much of a hardship

In due course we came to St Leonard's Barn.  It is hard to make sense of at first, but what you are seeing is a massive 14th century barn, with a smaller 16th century barn (with the orange roof) built inside it. The original barn, when complete, was probably the largest in Britain, being some 70m long by 33m wide. 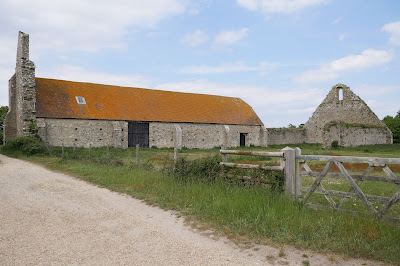 We followed the lanes to reach Buckler's Hard, which we will explore next time.

Rating: three and half stars. It was rather strange being so far from the Solent that we only had occasional glimpses of it.
Posted by PH at 22:16