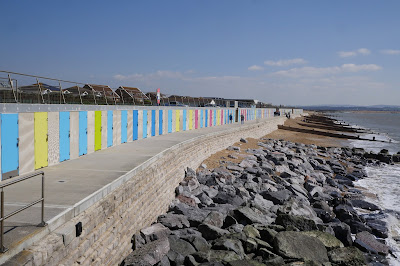 We are starting a new long distance walk: the Solent Way, which runs from Milford on Sea to Emsworth. The first obvious view as we set out from the car park in Milford is the Needles at the west end of the Isle of Wight, but unfortunately it was directly into the sun. The row of colourful bathing huts above was the next thing that caught my eye.

The buildings to the landward side ran out as we reached the attractive Sturt Pond. 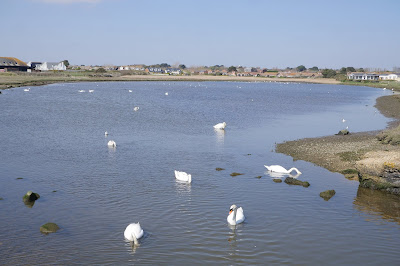 From here a narrow channel flowed parallel to the sea with a footbridge at the end. 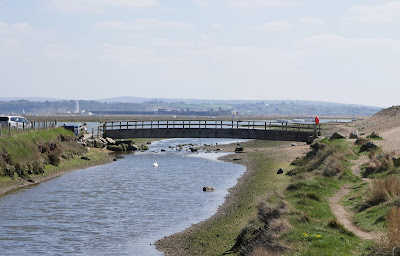 Beyond the bridge we saw the first couple of what would turn out to be a veritable feast of Little Egrets. 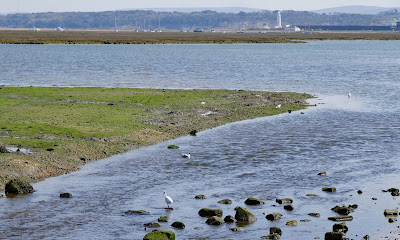 We turned left here, heading inland at right angles to the coast. I tried not very successfully to get a view of Hurst Castle (it's on the horizon on the right) 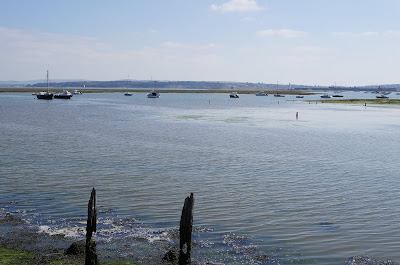 The trail soon led us to Keyhaven, with its curiously shaped harbour. 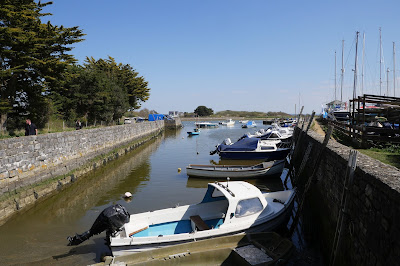 We walked along the edge of the Keyhaven-Lymington Marshes Nature Reserve. A better picture of the castle was now possible. 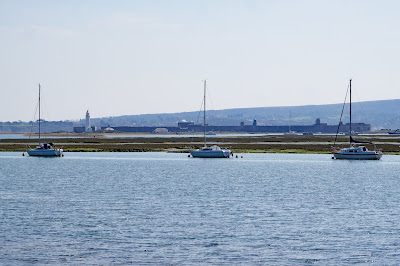 This is a wonderfully rich area for shore birds. At various points we saw Sanderling, Redshank, Godwit, Avocet ... 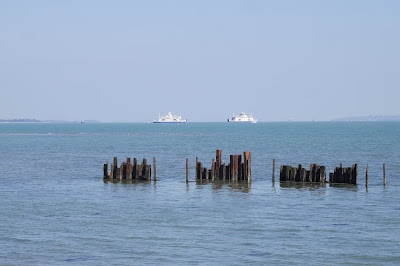 Further along a lovely watery area hosted no less than five Little Egrets as well as several other species. 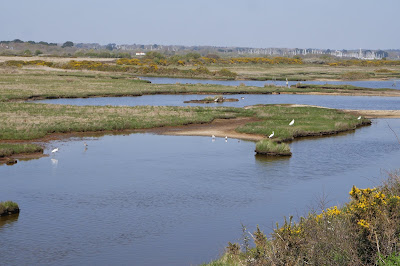 As we approached Lymington, the path, which had been straight, twisted and turned to pass an area of one-time salt pans. We caught a glimpse of the tower of St Thomas's church and thought the end was in sight. After further lengthy contortions we came in sight of the massive marina .. 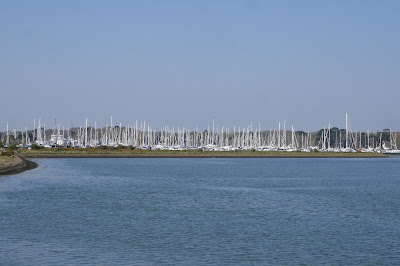 ... and once alongside it I enjoyed these beach huts reflected in the still water. 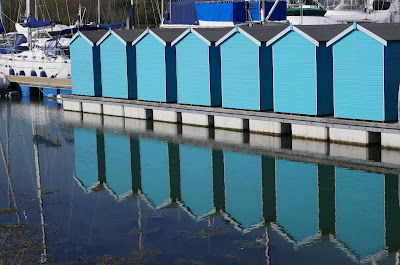 We walked past the RNIB salt water pool with an astonishing selection of inflatables, but no actual customers ... 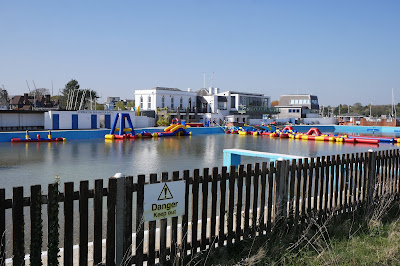 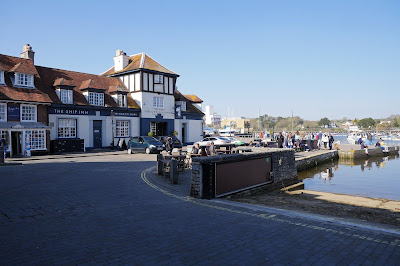 A few more steps took us up a couple of delightful cobbled streets and back to the station where we had parked. 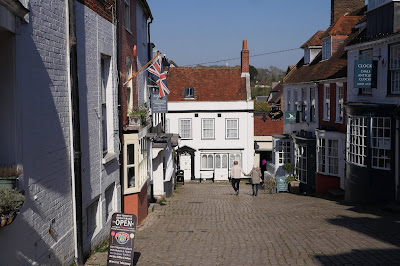 Conditions: bright and sunny, the temperature rising from 9 to about 13 degrees as the day wore on.