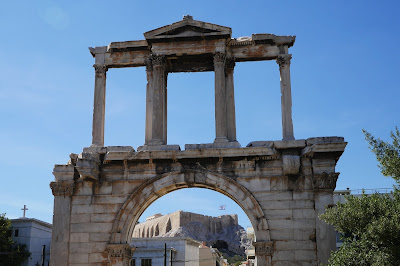 The Arch of Hadrian

This post describes a short walk in central Athens starting from the Arch of Hadrian and the Temple of Athenian Zeus and ending in the Plaka district, where we are staying.

The Arch of Hadrian stands beside the busy road that surrounds the oldest part of the city. Extreme efforts would have been required to take a picture unclogged by traffic, so I took mine from the inside. (There is also a bonus view of the Acropolis.) It was built in AD 124-9 to mark the boundary between the old city and the new one he was having built.

Nearby is the Olympieion, the Temple of Olympian Zeus.  It had 104 marble columns each of which was 17m high. Earthquakes account for its destruction over the centuries and there are now only 15 still standing (plus one horizontal on the ground). Most temples of the golden age have Doric or Ionic capitals at the head of the columns and we wondered why this one had Corinthian ones. The answer is that although work on the temple started in the 5th century BC, it was not completed until around 130 AD under Hadrian. 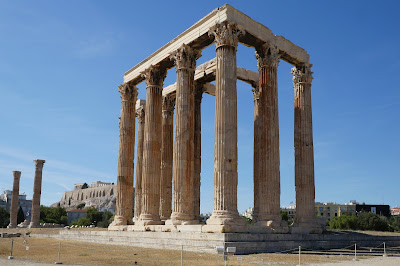 I was surprised and delighted to spot a new (to me) butterfly species while we were wandering around: the Mallow Skipper (Carcharodus alceae). 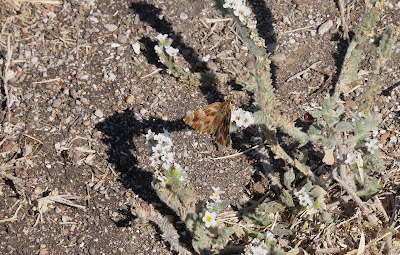 We walked along the inner ring road in the direction of the Parliament Building and made a brief detour to get some sense of the large and attractive National Gardens. 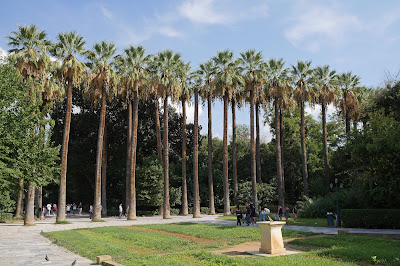 The Parliament Building was built as the Royal Palace between 1834-38 (that is, within a few years of Greece gaining independence from the Turks and installing King Otto I as its monarch). We thought it was a bit dreary in its limited neo-classical style. 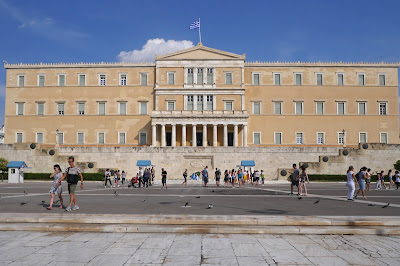 One thing which is anything but dreary however is the extremely stylised process of changing the two soldiers who stand guard outside the Palace. This seems to happen every hour and the two incoming guards replace the two outgoing ones in a bizarrely choreographed ritual involving slow-motion goosestepping. We learned that the tallest soldiers are chosen for this role and that the pompom shoes they wear are extremely heavy which makes the movements physically challenging. 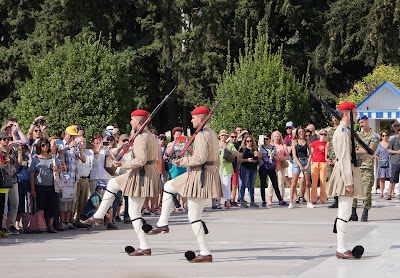 The Palaces faces on to Syntagma Square, a large, but not very interesting public space. We walked across and continued into a long street called Ermou, which we thought must be the main shopping street. Suddenly, the shops gave way to an attractive Byzantine church, Kapnikarea, built in the 11th century on the site of an ancient temple. 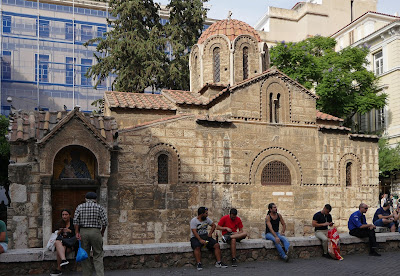 We continued along Ermou to reach the lively Monastiraki Square. 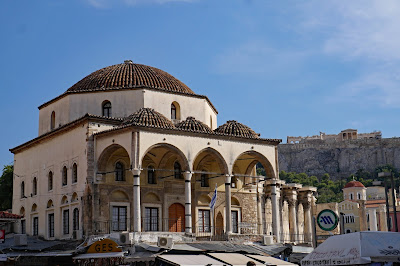 Turning right through busy streets we emerged at our next major destination: the ancient agora, rather like the Roman forum. The first thing we saw - from the outside - was the astonishing Stoa of Attalos. It is immediately beside the metro, which in some way accounts for the graffiti on the wall. 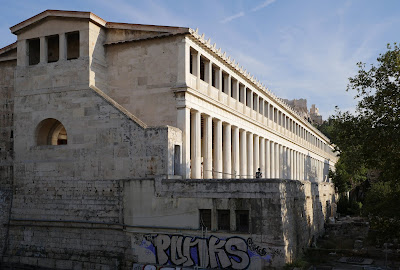 We went into the agora and headed for the Stoa of Attalos. (A stoa generally is a covered walkway or portico.) It was built by King Attalos of Pergamon between 159 BC and 138 BC and reconstructed in 1952–1956 by American architects along with the Greek architect Ioannis Travlos and the Greek Civil Engineer Yeoryios Biris. It now houses the Ancient Agora Museum, by the American School of Classical Studies at Athens, with funding donated by the Rockefeller family.

This is the spectacular view of the outer colonnade. 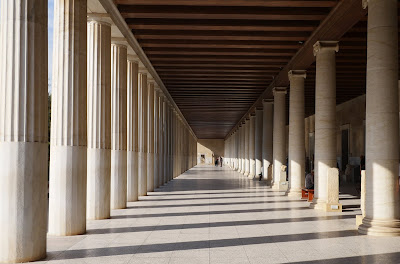 This is the view of the area behind the colonnade (thought to have originally housed shops), but now with wonderful ancient sculpture in a spacious and airy environment. 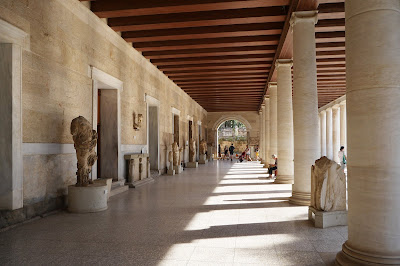 The agora is a large site, most of which is just the footprints of ancient buildings, but the absolute stand out is the Temple of Hephaestus (the god of blacksmiths, metalworking, carpenters, craftsmen, artisans, sculptors, metallurgy, fire, and volcanoes). The temple was built in the 5th century BC and best preserved Greek temple anywhere in Greece. From 700 AD to 1834 it was used as a Christian church which presumably saved it from being raided for its stone. 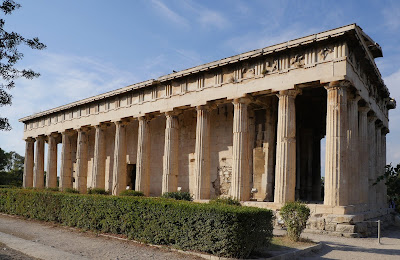 Our final highlight was the Odeon of Agrippa, dating from 15BC and used for musical performances. The Odeon (or Odeion) was destroyed by the Herulians in A.D. 267. It was rebuilt in the early 5th century A.D. as part of a sprawling complex.  The statues of Giants and Tritons which had formed part of the facade were reused for a monumental entrance. This is the best preserved. 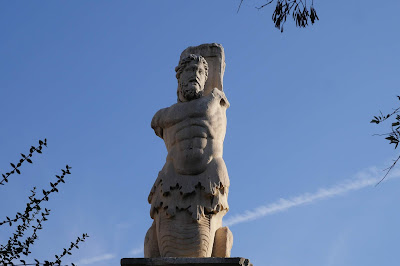 By now it was getting late in the afternoon and we were in incipient danger of Stendhal's Syndrome (a kind of dizziness brought on by excessive tourism). We passed Hadrian's Library with its many-columned facade) and behind it what I think is the remains of a Christian basilica built in the 6th century in part of the garden. 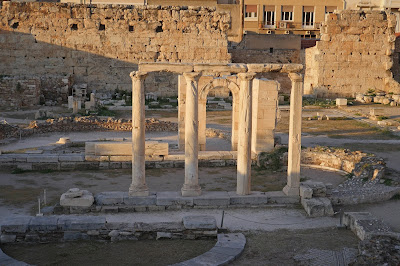 A little further on we stumbled on this absolute delight: the Tower of the Winds in the Roman agora. It dates from the 1st century BC and once had a weathervane, sundials on each face and a water clock. It was perhaps the first public clock tower. 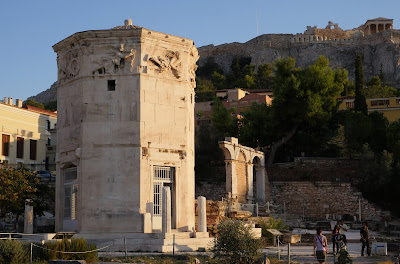 We were especially delighted by this having seen a similar building, inspired by the Tower of the Winds, while we were walking the South West Coast Path. It was the Storm Tower in Bude (Cornwall).  It remained only to stagger back to our hotel.